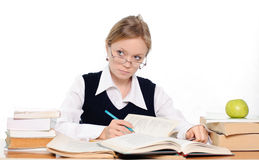 1. Erol works hard, so does Erdal.

Erol works as hard as Erdal (does)

4. France is a modern country and also England is modern.

5. Both Helen and Karen are funny.

Manner clauses answer to the questions of ‘how?’ or ‘in what manner?’

Study the tables carefully to learn the use of manner clauses :

(in) the way that

(in) the same way as

NOTE : When a reality is expressed, we use present tense. (1)

She isn’t  really a beauty queen. This structure expresses an unreality, so this is expressed by putting the verb in the manner clause is in the past. (2)

This structure is also used after the verbs be, feel, smell, sound, taste :

The use of manner clauses

1. We use manner clauses to express factual meaning :

She’s old enough to do as she pleases.

= She’s old enough to know what she wants for herself and do it herself.

He looks as though he has a bad cold.

=You see him sniffing, blowing his nose, coughing etc. and think that he has a cold.

=She always looks as though she was / were dead but, of course, she isn’t. But she doesn’t look well!

The assassins shot the President in the back after behaving as though he was their friend.

= The president believed that they were his friends.

Study the use of the manner clauses in bold in the passage.

Rose and the Charming Salesman

Rose was a friend of mine. She came from London and she used to teach English in a school in Ankara. One day we were looking at some kilims in a shop. One of the carpet sellers noticed Rose and began to fuss over her as though she was a princess. I told her not to accept his offers of apple tea and cigarettes but Rose was enjoying all the attention and spent almost a whole hour talking and drinking and smoking with him just as if I didn’t exist.

Soon Ahmet (that was his name) and Rose were together almost all the time. Than Rose told me they were going to get married. I warned her that it was unlikely to wark out as she hoped. I didn’t like Ahmet and I told her that he would probably treat her like a slave once they were married. Her family didn’t approve either, but Rose told them she was old enough to do as she wished, and she went ahead with her plans. Unfortunately I was proved right. For quite a few months Rose managed to convince everyone that everything was just as she had dreamed. But in the end, she couldn’t keep up the pretence any longer. They are divorced now and Rose is back in London with her parants.

Exercise 2 . Answer these questions from the paassage.

1. Who did Rose meet in the carpet shop ?

2. How was she treated on that occasion ?

4. What did Rose’s family think about her plans ? 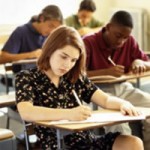 Exercise 3 .. Complete the sentences, using as if / as though or as / like.

Gary was seventeen years old and had passed his driving test at the first attempt. He liked fast cars and thought he could drive ….. 1 ……. Fangio does. Gary’s father liked fast cars too and he had just bought a new BMW which he loved …… 2 …… it was a new baby and which, quite understandably, Gary wasn’t allowed to drive. When, at around this time, Gary’s parents went with some friends to Amsterdam for the weekend, the last thing that Gary’s father said as he left the house was ‘Remember, Gary, Don’t drive my car!’. That Saturday afternoon some of Gary’s friends come round and suggested that they all go for a drive in Gary’s father’s BMW. When Gary firmly said ‘No’, they said he was behaving ………. 3 ………. a little boy does and added other rude things. In the end Gary took them out in the car. 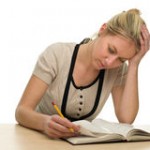 You’ve probably guessed that they had an accident. Fortunately, nobody was hur but the car looked …. 4 …. it had been run over by a military tank. It was towed away to a garage. Gary was very worried indeed about what his father would to. He decided to behave …. 5 …. nothing had happened. So when his father went into the empety and returned shouting ‘The car ? Where is the car ?’ with a stuned look on his face, gary at first said ‘What do you mean?’ and then when his father finally said ‘It’s gone!’, Gary pretented to be equally as shocked. ‘Gosh! How terrible! It must have been stolen,’ Gary said.

Exercise 4 .. Answer these questions from the passage.

1. Does Gary have a driving licence ?

3. What is Gary’s father’s favourite possession ?

4. What did Gary’s father warn Gary not to do while he was away ?

5. Why did Gary disobey his father ?

7. Were Gary or his friends injured ?

8. What was Gary worried about ?

9. What xplanation did Gary give to his father ?

10. What would you have done in the same situation ? (in your own words)

Study the use of the manner clauses in the dialogue.

Arzu and Betül are discussing problems at work.