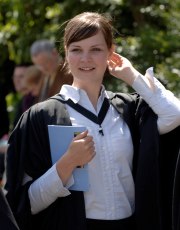 56.    Which of the following activities can’t you do in San Francisco?

a) Having Chinese food

b) Going to discos at night

d) Eating in a restaurant on the Golden Gate Bridge 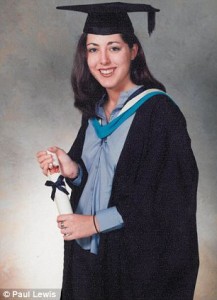 One of the first instruments developed by people for writing was the stylus. It was a sharp instrument made of bone or metal, and with it, the writer could make marks on stone or wood. It was used for thousands of years and was very practical.

When the Egyptians invented the first paper-like material called ‘papyrus’, they needed something to write on it. Therefore, they developed the idea of using pen and ink. Their version of the pen was made from bamboo. They sharpened one end of the stem (or the body) to make a nib, that is, the point which you write with. Then they filled the empty part of the stem with ink and forced the ink onto the nib. It was a good idea, but when paper was introduced later, a much finer instrument was needed.

The problem was solved with the introduction of the quill pen. The quill is a large feather from the wing or tail of a bird.Because this pen was a feather, however, it had to be sharpened quite often. A special instrument was made for this purpose: the penknife.

The quill was used from the 6th through the 18th century, but in the 19th century a machine was invented to make a nib out of metal, and this solved the problem of sharpening. The metal nib could be fitted into a holder and dipped into a bottle of ink. Finally, in 1884, a young American, Lewis Waterman, found a way of putting the ink into the holder, and the fountain pen as we know it was complete.

61.    According to the text, people have developed various systems of writing because they _______.

a) People could write on paper with the stylus.

b) The quill pen was developed by the Egyptians.

c) The fountain pen was developed in the 6th century.

d) People could use ink with a pen made from bamboo.

74.    When they found several petrol cans near the fire, the police suspected that it had been started _______.

76.    The chances of getting skin cancer are _______ reduced if you stay out of direct sunlight and keep your skin well-protected. 77.    The powers of your mind, like those of your body, are developed by effort.

a) A little effort is a wonderful thing for your body and spirit.

b) Your body, like your mind, can have its powers developed by effort.

c) Your mind, like the powers developed in a thing like your spirit, can be an effort.

d) Your powers of mind can be developed by effort as physical powers can be in the body.

78.    Children may learn something of music through imitation and home study.

a) Study and imitation lead children to music.

b) Learning about children and music can be achieved through home instruction.

c) Home instruction and imitation are two ways children may learn something of music.

d) The knowledge of children and music may be achieved through imitation and home study.

79.    I didn’t interrupt you in the middle of an important job by phoning you at the office, did I?

a) Had I known you were so busy, I wouldn’t have phoned you at the office.

b) I hope you weren’t doing anything important when I phoned you at the office.

c) If you were very busy when I phoned you at the office, why didn’t you tell me to be brief?

d) When I phoned you at the office, you could have just told me that you were in the middle of an important job.

80.    In a world filled with economic and political problems, people are reading newspapers purposefully.

a) Newspapers are read by economists and politicians who are filled with problems.

b) Economics and politics, and newspapers reporting them concern more people today.

c) The world is filled with people reading about economic and political problems purposefully.

d) People are reading newspapers with purpose in this economically and politically troubled world.