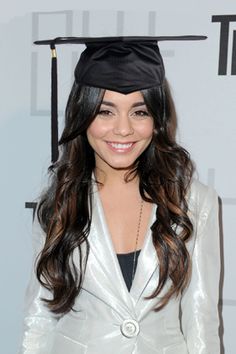 101.   At the heart of the concept of a space elevator would be a cable reaching up as far as 100.000 km from the surface of the Earth. The earth-bound end would be tied to a base station, probably somewhere in the middle of the Pacific Ocean. _______. The momentum of this orbiting object would keep the cable tight and allow vehicles to climb up and down it. A space elevator would make rockets redundant by granting cheaper access to space.

a) NASA is putting several million dollars into the project

c) The creation of a space elevator would deliver satellites, spacecraft and even people into space along a vertical track

d) Arthur C. Clarke once said a space elevator would only be built “about 50 years after everyone stops laughing”

102.   At a job interview speaking without a subject worth talking about will not impress anyone, so the applicant should be prepared to talk knowledgeably about the requirements of the position. _______. Thus the interviewer can decide from these questions whether the applicant is genuinely interested or knowledgeable.

a) In order to do this, he must have done sufficient research beforehand

b) In addition, since appearance is important, the applicant needs to look smart

d) It’s all very well being highly-qualified, but this will mean nothing if you cannot express yourself well

103.   Although it is important to know what to do in case of fire, very few people actually do. _______. With a very small amount of effort indeed, everyone can dramatically decrease his or her risk of being harmed in a fire.

b) Unfortunately, the proper procedures are not easy to follow in an emergency

c) If the fire engines get stuck in traffic, the problem often turns into a disaster

d) It is easy to learn what to do, but to put it into practice requires far more strength than most people have 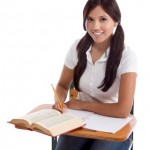 104.   Many African states such as Ghana, Kenya and Nigeria, which only a few decades ago were still British colonies, are now free and independent nations, struggling to take their places in the modern world. _______, modern buildings and factories existing side by side with jungle tribes who still live as their fathers lived for centuries before them.

a) In those countries, the contrast between old and new is often very striking

b) But progress is often slow, and all of them have had their share of economic problems

c) They do, however, maintain close links with their former rulers through membership of the Commonwealth

d) Of the states mentioned, though, only Kenya has enjoyed political stability throughout its period of independence 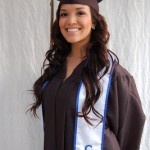 The fundamental lessons of the current education system include putting a price on performance: the all-pervasive marks system which rapidly becomes the dominant goal of pupils; encouraging individual competition rather than group collaboration and solidarity; making believe that learning takes place with the help of experts, emphasising rationality and logic while neglecting emotions and relationships.

Learning in school is a planned activity firmly based on the belief that children are different from adults and that they need to be prepared for the adult world at the same time as they need to be protected from it. Yet there are reasons to believe that, with the advent of an electronically networked society, the clear distinction between childhood and adulthood is disappearing. One thing is certain, whether it is via the media or directly in their lives, children are increasingly subjected to the whole range of emotions known to adults as well as a wide variety of relationships spreading from the best to the worst.

“Teaching” emotional intelligence — should it be possible — would challenge all the basic beliefs of the current system of school-based learning mentioned above. It would also widely modify the relationship between life and school. Many teachers and parents alike might well insist that such learning is not a question for schools, but rather the responsibility of parents. But the family is no longer the ideal place for it. In the Western World, the majority of families have shrunk from an extended community to its strict minimum (one or two parents and one or two children), and much less time is spent in the family than in school. What’s more, parents are not always in a position to cope with or provide such emotional skills. 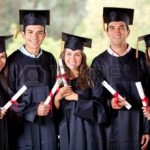 What would be the consequences of introducing emotional intelligence in schools? Are schools the right place for it? Is it even possible? Scientific research, in particular on how the brain works, indicates that the formation of emotional skills is much easier in the “formative” years from birth to the late teens. Looking at existing structures, school is the major activity in that age group. However, emotions rarely have a place in schools. Beyond infants school and early primary school, almost all efforts are concentrated on cognitive skills (history, chemistry, mathematics, etc.). What’s more, there is little or nothing in the standard training of teachers that prepares them to teach emotions. Yet there is no subject where the quality and ability of teachers would be more crucial.

Introducing emotions in schools would be a radical change! Yet schools do not change so effortlessly. Well-intentioned people who try to introduce innovations in schools come up against great resistance from teachers, students and parents alike. Yet without their active participation, no such far-reaching change is possible.

But what exactly might such skills be? Self-awareness, managing emotions, empathy, communicating, co-operation and resolving conflicts.