16. It was once hard to understand how any mass extinctions could have occurred. Now, there are so many competing theories that it is difficult to choose between them. They mostly involve severe climate change, whether triggered by a cosmic impact, changing sea levels, ocean currents and greenhouse gases, or a cause from within the planet such as rifting or major vulcanism. It does seem that most of the mass 4 extinctions we know coincided at least approximately with major eruptions of flood basalts. In the case of the late Cretaceous, it was the eruptions that produced the Deccan Traps in western India. There has even been a suggestion that a major asteroid impact caused shock waves to focus on the other side of the Earth, triggering eruptions. But the times and positions do not seem to line up well enough to prove that explanation. Whatever the reason, the history of life and of the planet has been punctuated by some catastrophic events.

17. We can all remember climatic events that stand out, say over the last decade, as the worst winter, flood, storm, or drought. Take the record back for a century and the likelihood is that an even bigger one will stand out. Authorities often use the concept of a ‘100-year flood in planning coastal or river flood defences; they are designed to withstand the sort of flood that only happens once a century. It is likely to be more severe than the sort which happens only once a decade. But, if you extend the same idea to a
thousand years or a million years, there is likely to be one that will be bigger still. According to some theorists, that is likely to be true of anything from floods, storms, and droughts to earthquakes, volcanic eruptions, and asteroid impacts. Over geological time we had better watch out!

18. The list of geological periods that is often shown in books goes back only about 600 million years to the
start of the Cambrian period. But that ignores 4 billion years of our planet’s history. The trouble with most Pre-Cambrian rocks is that they provide poor records. The constant tectonic reprocessing of the Earth from within, and the relentless pounding of weather and erosion from above, mean that most of the Pre-Cambrian rocks that survive at all are deeply folded and metamorphosed. But on most clear nights you can see rocks that are more than 4 billion years old — by looking up at the Moon rather than down at the Earth. The Moon is a cold, dead world with no volcanoes and earthquakes, water or weather to
resurface it. Its surface is covered with impact craters, but most of those happened early in its history when the solar system was still full of flying debris.
19. The Pre-Cambrian rocks that do survive on Earth tell a long and fascinating story. They are not, as Darwin had supposed, devoid of the traces of life. Indeed, the end of the Pre-Cambrian, from about 650 to 544 million years ago, has yielded a rich array of strange fossils, particularly from localities in southern Australia, Namibia, and Russia. Prior to that there seems to have been a particularly severe period of glaciation. The phrase ‘snowball Earth’ has been used, conveying the possibility that all the world’s oceans froze over. Inevitably, that would have been a major setback for life, and there is scant evidence
for multicellular life forms before this. But there is abundant evidence for microorganisms— bacteria, cyanobacteria, and filamentous algae. There are filamentous microfossils from Australia and South Africa that are around 3,500 million years old, and there is what looks like the chemical signature of life in arbon isotopes in rocks from Greenland that are 3,800 million years old.
20. During the first 700 million years of its history, the Earth must have been particularly inhospitable. There were numerous major impacts far bigger than that which may have killed the dinosaurs. The scars of this late heavy bombardment can still be seen in the great Maria basins on the Moon, which are themselves giant impact craters filled with basalt lava melted by the impacts. Such impacts would have melted much of the Earth’s surface and certainly vaporized any primitive oceans. It is possible that the water on our
planet today came from a subsequent rain of comets as well as from volcanic gases.

21. The early atmosphere of Earth was once thought to have been a mixture of gases such as methane, ammonia, water, and hydrogen, a potential source of carbon to primitive life forms. But it is now believed that strong ultraviolet radiation from the young Sun would have broken that down quickly to give an atmosphere of carbon dioxide and nitrogen. No one yet knows for certain how life began. There are even claims that it may have had an extra-terrestrial origin, arriving on Earth in meteorites from Mars or beyond. But laboratory studies are beginning to show how some chemical systems can begin to selforganize and catalyse their own reproduction. Analysis of present-day life forms suggests that the most primitive are not the sort of bacteria that scavenge organic carbon or that use sunlight to help them photosynthesize but those that use chemical energy of the sort that is found today in deep-sea hydrothermal vents.

22. By 3,500 million years ago, early life forms such as microscopic cyanobacteria and primitive algae already existed. These began to have a dramatic effect. Using sunlight to power photosynthesis, they took in carbon dioxide from the atmosphere, effectively eating the blanket that, by the greenhouse effect, kept the Earth warm when the power of the Sun was weak. This may be what led ultimately to the late PreCambrian glaciation. But long before that, it resulted in the worst pollution incident the world has known.
Photosynthesis released a gas that had not existed on Earth before and which was probably toxic to many life forms and may have killed off some of them: oxygen. At first, it did not last long in the atmosphere but quickly reacted with dissolved iron in sea water, resulting in thick deposits of banded iron oxide. Almost literally, the world went rusty. But photosynthesis continued, and free oxygen began to build up in the atmosphere from about 2,400 million years ago, paving the way for more complex animal life thatcould breathe the oxygen and eat the plants. 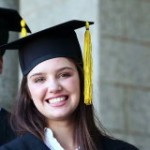 23. The origins of the Sun and its surrounding solar system date from about 4,500 million years ago. There was a great cloud of gas and dust, the product of several previous generations of stars. It began to contract under gravity, perhaps boosted by the shock waves from a nearby exploding star or supernova. A slight rotation in the cloud accelerated as it contracted and spread the dust out into a flattened disc around the proto-star. Eventually, the central mass, mostly of hydrogen and helium, contracted sufficiently to trigger nuclear fusion reactions at its core and the Sun began to shine. A wind of charged particles began to blow outwards, clearing some of the surrounding dust. In the inner part of the nebula, or disc, only refectory silicates remained. Further out, the hydrogen and helium accumulated to form the giant gas planets Saturn and Jupiter. Volatile ices such as water, methane, and nitrogen were driven still further out and formed the outer planets, Kuiper belt objects, and comets.
24. The inner planets — Mercury, Venus, the Earth, and Mars — formed by a process known as accretion which began as particles bumped into one another, sometimes splitting, occasionally joining together.
Eventually, the larger lumps developed sufficient gravitational attraction to pull others to them. As the mass increased, so did the energy of the impacts, melting the rocks so that they began to separate out, with the densest, iron-rich minerals sinking to form a core. The new Earth was hot, probably at least partially molten, from the impacts, from the energy released by its gravitational contraction, and from the decay of radioactive isotopes. It is likely that many radioactive elements in the pre-solar nebula had been
created not long before in supernovae explosions and would still have been radioactively hot. So it is hard to see how there could have been liquid water on the surface initially, and it is possible that the first atmosphere was mostly stripped away by the force of the solar wind.

25. The formation of the Moon had long been a mystery to science. Its composition, orbit, and rotation did not fit with the idea that it had split off from the young Earth, formed alongside it, or been captured whilst passing it. But one theory does now make sense and has been convincingly simulated in computer models. It involves a proto-planet about the size of Mars crashing into the Earth about 50 million years after the formation of the solar system. The core of this projectile would have merged with that of the Earth, the force of the impact melting most of the Earth’s interior. Much of the outer layers of the
impactor, together with some terrestrial material, would have vaporized and been flung into space. A bit of that collected in orbit and accreted to form the Moon. This cataclysmic event gave us a companion which seems to have a stabilizing effect on the Earth, preventing its rotation axis swinging chaotically and thus making our planet a more amenable home to life.