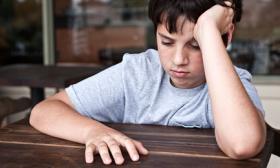 1 ) …………… for an outside observer, the harmonic innovations in bebop would appear to be inspired by experiences in Western.

2 ) This was…………. a lot of Afro-Cuban jazz borrowed from Cuban popular dance forms, which are structured around multiple ostinatos with only a few chords.

3 ) ………… jazz purists protested the blend of jazz and rock, some of jazz’s significant innovators crossed over from the contemporary hard bop scene into fusion.

4 ) …………. the 1970s had been dominated by the fusion and free jazz genres, the early 1980s saw a re-emergence of a more conventional kind of acoustic or straight-ahead jazz.

5 ) …………. jazz-rock fusion reached the height of its popularity in the 1970s, the use of electronic instruments and rock-derived musical elements in jazz continued in the 1990s and 2000s.

6 ) ……………. their simplicity, bags have been fundamental for the development of human civilization, as they allow people to easily collect loose materials such as berries or food grains, and to transport more items than could readily by carried in the hands.

8 ) ………….. dropping out of the Fisk School at age eleven, Armstrong joined a quartet of boys who sang in the streets for money.

10 ) The studio, although credited for the creation of Fallout was, in fact, not responsible for the game, ………… rather a key portion of the original studio came from the team that made Fallout.