1 ) Several uncrewed cargo spacecraft service the ISS, they are the Russian Progress spacecraft……………. has done so since 2000.

2 ) ……….. the replacement of Sean O’Keefe, NASA’s procurement schedule and strategy completely changed, as described above.

3 ) In July 2004, ………… he was named NASA administrator, Michael Griffin participated in a study called “Extending Human Presence Into the Solar System”

4 ) This would allow a derivative of the same lander to be used on later Mars missions, …………… methane propellant can be manufactured from the Martian soil in a process known as in-situ resource utilization.

A) what
B) where
C) whomever
D) whose
E) whether 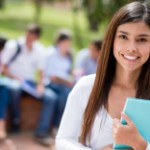 5 ) ………… the orbiter’s space mission was complete, it fired its OMS thrusters to drop out of orbit and re-enter the lower atmosphere.

7 ) ………….. the Communists were struggling for supremacy in Manchuria, they were supported by the North Korean government with matériel and manpower.

8 ) ………….. the rapid post–Second World War Allied demobilizations, there were substantial U.S. forces occupying Japan; under General Douglas MacArthur’s command, they could be made ready to fight the North Koreans.

9 ) …………… Kim’s early successes had led him to predict that he would end the war by the end of August, Chinese leaders were more pessimistic.