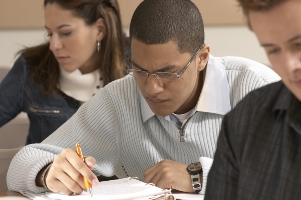 
1 ) ……….. an initial victory against Persian forces at the Battle of the Granicus, Alexander accepted the surrender of the Persian provincial capital and treasury of Sardis and proceeded along the Ionian coast.

2 ) When his engineers pointed out to him that …………….. the height of the mound it would be impossible,  this encouraged Alexander all the more to make the attempt’.

4 ) …………. the read-only goal was met, accessible authorship of web content took longer to mature, with the wiki concept, blogs, Web 2.0 and RSS/Atom.

A) Because
B) Since
C) While
D) Whereas
E) Whether

5 ) Through Atum, or ………….. Atum-Ra he was also seen as the first being and the originator of the Ennead, consisting of Shu and Tefnut, Geb and Nut, Osiris, Set, Isis and Nephthys. 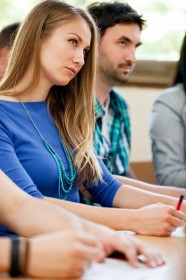 6 ) ……………. Egyptian is the oldest Afroasiatic language documented in written form, its morphological repertoire is greatly different from that of the rest of the Afroasiatic in general and Semitic in particular.

7 ) Arabic became the language of Egypt’s political administration soon after the Arab conquest in the seventh century AD, and gradually replaced Coptic ……….. the language spoken by the populace.

8 ) …………… the consonantal phonology of the Egyptian language may be reconstructed, its exact phonetics are unknown, and there are varying opinions on how to classify the individual phonemes.

9 ) …………… vowels were not written, reconstructions of the Egyptian vowel system are much more uncertain, relying mainly on the evidence from Coptic and foreign transcriptions of Egyptian personal and place names.

10 )  Its species are native to the Americas ……………. they have been cultivated for thousands of years. In modern times, it is cultivated worldwide, and has become a key element in many regional cuisines.