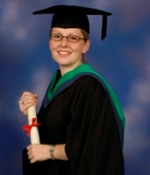 The first half of the 20th century was dominated by the two world wars. These wars resulted in unprecedented numbers of casualties. Eight and a half million people are believed _______(39) fighting in the First World War of 1914-1918. During the Second World War as many as 60 million people, a quarter of _______(40) were killed in Asia and the Pacific, died. _______(41) the total number of casualties in the Second World War, it is estimated that half were civilians. The scale of the killing was largely _______(42) the increasingly destructive power of weaponry. With the invention and use of the atomic bomb at the end of the Second World War, this reached _______(43) terrifying a peak that, from then on, the major powers tried to prevent local conflicts from turning _______(44) major international wars which might threaten the well-being of humankind. _______(45) this has been realised is highly debatable today. 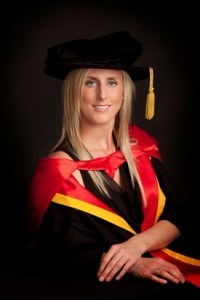 How can you tell which plants are healthier and more productive than _______(46)? A Dutch firm has developed a portable monitor that can help _______(47) a plant’s photosynthetic potential  — the ability _______(48) carbon dioxide and water into glucose. The Plant Photosynthesis Monitor _______(49) the amount of fluorescence emitted by a plant. When light hits a plant leaf, it excites chlorophyll molecules, _______(50) electronics into orbit. Some electronics take part in the photosynthesis reaction, and _______(51) generate fluorescence. The higher the level of photosynthesis, _______(52). 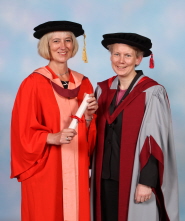 San Francisco is a beautiful city in the State of California in the west of the United States. People think it is the capital of California, but it isn’t. It’s a cosmopolitan city where people from different nations live together. First, people from Spain lived there. Then came the others: Austrians, Italians, the Chinese and so on.

There are many interesting places to see in San Francisco. One of the most popular tourist attractions is Chinatown, where mostly Chinese people live. Chinatown is especially famous for its Chinese restaurants as well as its Chinese-style houses, post boxes and telephones in the streets. Therefore, this part of the town is exactly like China.

As San Francisco is near the Pacific Ocean, people enjoy going to the restaurants by the sea. Fisherman’s Wharf is one of these popular places where you can eat sea food and look at the Golden Gate Bridge, which is the symbol of San Francisco. You can watch the ships passing under it and the cars crossing it.

Another place worth visiting is Alcatraz, which was a famous prison between 1866 and 1920. Its importance in history makes it a popular tourist attraction. It is possible to take a boat trip to Alcatraz.

San Francisco is different from other American cities because it is more European. The sun always shines there, and there are a lot of things you can do at night — you can go to the nightclubs, discos, restaurants, cinemas and theatres. That’s why especially young people want to live in San Francisco.

a) the capital of California

b) different from European cities

c) a city in the U.S. where only Spanish people live