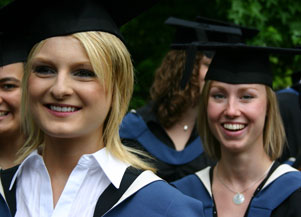 81.    A knowledge of the derivation of a word will frequently aid you in remembering its spelling.

a) Remembering the spelling of words can aid in the derivation of words.

b) Spelling and remembering can frequently aid one in deriving knowledge.

c) Knowledge and memory are aids in remembering the derivations of words.

d) A frequent aid in remembering the spelling of a word is a knowledge of its derivation.

82.    From what I’ve seen of his driving, I’d be surprised if Seth didn’t have an accident.

a) I know what Seth is like in a car, so I fully expect him to have an accident at some point.

b) I wasn’t surprised at all to hear that Seth had had an accident as I was expecting this to happen.

c) The way Seth behaves behind the wheel has led me to believe that he won’t have an accident.

d) Because we learnt together, I know how Seth drives well enough to say that he may have an accident any moment.

83.    Modern study of the nerves has dealt with the effects of overwork and the results of being overtired.

a) Study of overwork and overtiredness often results in nerves.

b) Nerves, overtiredness, and overwork are the effects of modern life and its dealings.

c) Modern study often deals with overwork and overtiredness resulting in a poor effect of the nerves.

d) The effects of overwork and the results of being overtired have often been the focus of modern study of the nerves.

84.    The various devices connected with the heating of a house offer a multitude of fire hazards.

a) Heating houses with various devices can lead to fire violations.

b) Devices, fire hazards, and heating are connected with various houses.

c) Various devices connected with fire hazards are offered for the heating of houses.

d) A multitude of fire hazards are connected to the various devices needed to heat a house.

85.    It was under a fortnight before his final exams when Ryan began to regret not having studied sufficiently.

a) Ryan felt sorry because he hadn’t done any work until two weeks before the final exams.

b) Although he worked hard for almost two weeks before the finals, Ryan still didn’t pass them.

c) Ryan started to wish that he had done more work for his finals less than two weeks before he took them.

d) There was less than a fortnight’s time before the finals, but Ryan hadn’t even started studying for them.

86.    The honourable man or woman is honest, sincere, candid, and generous in matters of greater concern than just money.

a) The candid, sincere, honest, and sometimes generous person can be a woman or a man.

b) Generosity, sincereness, candidness, and honesty are the hallmarks of an honourable man or woman.

c) Generosity in matters of greater concern than just money, such as honesty, candidness, and sincerity, are the marks of an honourable man or woman.

d) The qualities of generosity in matters other than just money, sincerity, honesty, and candidness can be found in an honourable man or woman.

D.      Mark the best choice which completes the sentence meaningfully and correctly. (87-96)

b) The project has been completed and is ready for presentation

b) My qualifications perfectly matched the requirements of the position

91.    Having once provided a vital route for raw materials to be transported to Manchester, _______.

a) heavy industry has declined in the region

b) the canal is now mainly used for leisure purposes

92.    Environmentalists believe that global warming could be halted _______.

a) if the political will to do so existed

b) until rain forests are no longer being exploited

d) unless America stops advancing so many greenhouse gases

93.    _______, yet they’ll always remain inferior in quality to their film-based counterparts for some.

a) Digital cameras may be small, neat and convenient

b) Serious photographers still prefer cameras that use film

c) Digital pictures, while adequate for snapshots or pictures on a web page 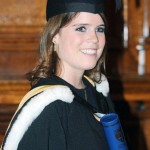