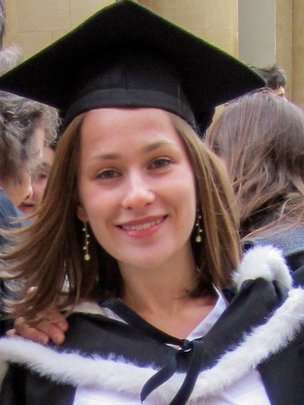 b) helps students support each other                d) encourages competition between students

107.   There is now no clear difference between children and adults in the emotions or relationships  they experience mainly because of _______.

108.   Introducing emotional skills in schools would be a radical change because _______.

a) learning takes place with the help of experts

b) the participation of innovative people isn’t needed

c) children spend more time in school than with their family

d) it would threatenthe basic principles of the education system

a) challenging all basic beliefs

c) modifying the relationship between life and school

d) insisting that such learning is not a question for schools

a) teachers are trained to teach them

b) parents cannot deal with their children

c) many people think it is the responsibility of the teachers

d) students are still in their “formative” years when in school 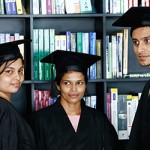 A child who has once been pleased with a fairy tale likes, as a rule, to have it retold in identically the same words, but this should not lead parents to treat printed fairy stories as sacred texts. It is always much better to tell a story than read it out of a book, and, if a parent can produce what, in the actual circumstances of the time and the individual child, is an improvement on the printed text, so much the better.

An accusation made against fairy tales is that they harm the child by frightening him or arousing his sadistic impulses. To prove the latter, one would have to show in a controlled experiment that children who have read fairy stories were more often guilty of cruelty than those who had not. Every child has sadistic impulses and, on the whole, their symbolic verbal discharge seems to be rather a safety valve* than an incitement to violent action. As to fears, there are, I think, well-authenticated cases of children being dangerously terrified by some fairy story. Often, however, this arises from the child having heard the story once. Familiarity with the story by repetition turns the pain of fear into the pleasure of a fear faced and mastered.

There are also people who object to fairy stories on the grounds that they are not objectively true, that giants, witches, two-headed dragons, magic carpets, and so on do not exist; and that, instead of satisfying his fantasies in fairy tales, the child should be taught how to adapt to reality by studying history and mechanics. I find such people, I must confess, so unsympathetic and strange that I do not know how to argue with them. If their case were sound, the world would be full of madmen

attempting to fly from New York to Philadelphia on a broomstick or covering a telephone with kisses in the belief that it was their enchanted girl-friend.

No fairy story ever claimed to be a description of the external world, and no normal child has ever believed that it was.

* valve: a device for controlling the flow of a liquid or gas, letting it move in one direction only

a) tempt people to be cruel to children

b) show the primitive cruelty in children

c) increase a tendency to sadism in children

a) develops their power of memory

b) encourages them not to have unreal beliefs

c) makes them come to terms with their fears

d) convinces them there is nothing to be afraid of

a) are still making up fairy stories

b) do not try to modernise old fairy stories

c) confused different kinds of truth when they were younger

THE END OF THE TEST