America has tried to combat its epidemic alcohol problem with everything from expensive therapies to prohibition. By contrast, the Chinese have long relied on a simple and inexpensive remedy, an extract of kudzu root. Now American researchers confirm that it appears to be extraordinarily effective. A recent survey revealed that 80 percent of Chinese alcoholics who took Radix Puerariae for two to four weeks
5  stopped craving a cold one. The herb, sold over the counter like aspirin, not only kills the desire for liquor, but according to Chinese herbalists, also improves the function of vital organs adversely affected by alcohol.
So why isn’t this miracle herb being used in the United States? The Food and Drug Administration requires a more convincing proof than a billion Chinese. And they may soon have it. A team of Harvard
10  researchers reports that the kudzu extract apparently works on another group of alcoholics – hamsters.
The furry rodents are among nature’s most natural drunks; given the choice between alcohol and water, they’ll choose the booze every time. But, according to a paper published by the National Academy of Sciences, the hamsters cut their alcohol consumption in half after sipping a synthetic form of kudzu extract. And it had no effect on their other eating or drinking habits. “They reacted to it in the same
15   way the Chinese herbalists say their patients do,” says Bert Valee, a Harvard Medical School biochemist. The researchers don’t know why the kudzu works. But they’re planning to move quickly to human trials. A successful test could result in an anti-alcohol treatment being made widely available in the United States within a few years. And then your hamster will have no excuse for his hangover. 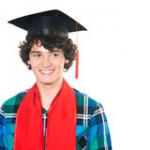 122. According to the text, which of the following statements is NOT TRUE?

a) Lab experiments using kudzu root on human beings have not yet been made in the US.
b) Both the Chinese herbalists and the Harvard researchers use kudzu root in treating humans.
c) In the near future, kudzu root may be used in the US for treating alcoholism.
d) The Chinese and the American approaches to medicine are quite different.